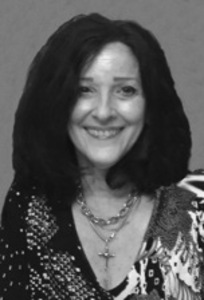 Martha Faye Hetrick Ferry Breene of Oil City, passed away peacefully, surrounded by loved ones at UPMC Northwest, Seneca after battling a long illness. She was 77 years old.

She was born July 31, 1944 in Dubois, Pennsylvania, to the late Albert James and Grace Harriet (Taylor) Hetrick.

She mainly attended schools in Saegertown, where she was president of the camera club; and graduated from Meadville High School in the class of 1963. She attended Edinboro State College, studying psychology. At that time, she and her sister Mary were living in Waterford and working at Elgin Labs, soldering computer chips, paid by the piece. Mary proudly reports that they have tripled their daily quota.

Marty then had the opportunity to move to Arizona for a few years as a nanny for the family before returning to western Pennsylvania. Upon her return to Meadville, she met Spencer Ferry and they were married in August 1970.

She obtained her real estate license in 1974 and started at Future Real Estate brokerage. She worked for other Meadville realtors before moving to work for her boyfriend and future husband Charles in his Century 21 office in Oil City.

A phenomenal grassroots organizer, she has worked tirelessly on dozens of political campaigns, from local municipal races to presidential campaigns, always for the Republican candidates who she believes would best serve the people. Her involvement in politics began in Crawford County by volunteering in campaigns for Barry Goldwater, Raymond Shaffer and then State Representative R. “Bud” Dwyer in the 1960s. She brought her commitment to support civic engagement in Venango County when she settled there and has been a force on the political scene ever since. In 2004, she was elected Republican President of Venango County. She was the first woman to hold this position, “retiring” in 2013, returning to the position in 2017 and continuing in this role until her death. She was very proud of her role as the first and staunch supporter of President Trump, handing out thousands of signs from her garage across the state at the start of her 2016 campaign. Republicans across Pennsylvania regularly sought her advice. and her support, and she leaves an indelible legacy and loss to the GOP with her passing. However, her sharp wit, love for the homeland, and dedication to her community made her dear to people of all political stripes.

She was a member of many clubs and civic organizations, including the Duquesne Club in Pittsburgh, the Rolling Rock Club in Ligonier, the Erie Club and the Wanango Country Club. In addition, she was a member and administrator of Oil City Elks Lodge # 344 and a member of the Oil City VFW Post. She was often found talking politics and drinking diet Pepsi at these and other local establishments.

She had a great sense of design and aesthetics and loved antiques and decorating her home with her beautiful finds. Her children and nieces spent many hours drugging themselves from store to store; something they now enjoy doing everything they learned from these antique marathons. More than one antique store owner listened intently as she taught them how to date Chinese porcelain or China Wedgewood.

She was a talented photographer, painter, seamstress and interior designer. She loved shopping and fashion, recreating many designer looks when armed with a sewing machine and a Vogue pattern. We should all consider his wisdom that one would have to have a wardrobe of well-made, timeless basics from good brands that would last, to be able to wear anything that was on trend. She was never afraid to wear what she thought looked great, no matter who didn’t like her giant retro glasses.

She inherited from her father a permanent interest in genealogy which she pursued with characteristic tenacity. She loved all the doors that DNA tests opened, and took her research to new places. Finding previously unknown parents was a source of joy for her.

Marty was known for her incredibly sharp and sharp wit. Her ability to spin a funny phrase was enviable, and she liked to shock people with the occasional naughty pun.

There are a lot of dear friends who were always there to lend an ear and a hand with the parade floats, to watch the polls and all that goes with the election campaign. She appreciated all of your hard work and friendship.

In addition to her parents and husband, she was predeceased by her brother the Reverend Gary Dale Hetrick, his wife Lois (Northrup) and their daughters Barbara and Rebecca.

Visitations will be held at Morrison Funeral Home in Oil City on Sunday from 12 p.m. to 2 p.m. and 4 p.m. to 6 p.m., with his funeral service immediately following at 6 p.m. open to all who wish to attend with family friend Reverend Eric Reamer , officiating.

Due to Covid restrictions, a private funeral service will be held Monday at Christ Episcopal Church in Oil City, with Rev. Fr. Mark Elliston presiding, with a vigil to follow.

Interment will be in Grove Hill Cemetery.

In lieu of flowers, the family is asking for donations to be made to the Venango County Republican Party.

To leave a special message for the family, get directions, or check out other helpful services, please visit www.morrisonhome.com